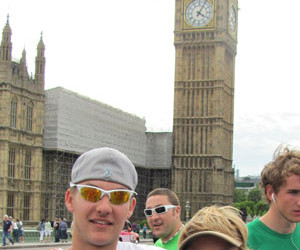 When my son Nick was 10 years old, he asked me if we could set a goal of going to “all the Grand Slam Tennis Tournaments before we die.”  I blurted out, “Yes!” Six years later, Veronica, my British-born girlfriend, who knew about Nick’s goal, called me up and suggested we turn the goal into reality and […]